The lighthouse stands on a small point of land that supports the base of the eastern pier of the George Washington Bridge. Before the lighthouse was introduced on to Jeffery’s hook, a red pole was hung out over the river as a first attempt to reduce Hudson River traffic accidents. In 1889, a 10 candle power light was added to the pole to warn traffic of the split of land at night.

The Lighthouse was built and originally used as the North Hook Beacon at Sandy Hook, New Jersey till 1917 when it became obsolete. It was reconstructed by the United States Coast Guard into Jeffery’s Hook in 1921. When the George Washing Bridge was completed in 1931 the Little Red Lighthouse was once again considered obsolete by the bridge’s new navigational lights.

The US Coast Guard decommissioned and put out its light in 1948 with the intention of auctioning it off. The public put a stop to this immediately, mainly due to the children who were fans of the 1942 children’s book the lighthouse inspired. The NYC Dept. of Parks and Recreation gained the deed to the lighthouse in 1951. This amazing little lighthouse was listed on the National Register of Historic Places in 1979 and designated a New York City Landmark in 1991.

As a final win for all fans of this little red lighthouse, in 2002 it was once again relighted by the city. The closest entry can be found on 182nd street and Riverside Drive via footbridge. 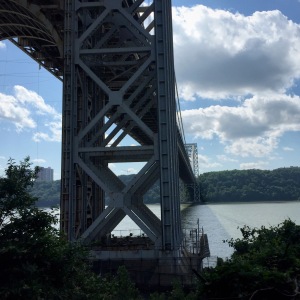 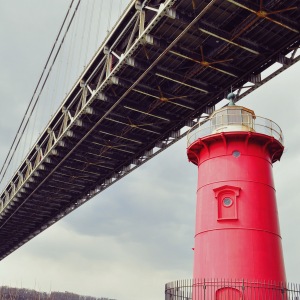